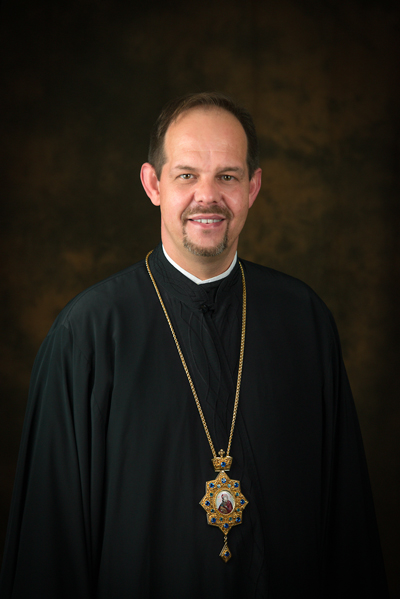 Bohdan J. Danylo, 43, was born May 22, 1971 in Gizycko, Poland, the son of Miroslaw and Olga Danylo (nee Gajocha). He is the older of two children. His sister Maria with her husband Bogdan Fedirko live in Chicago, Illinois.

Bishop grew up in Przemysl (Peremyshl), where he attended grade school and high school. After graduating from II Liceum in 1990, he entered seminary formation at the Metropolitan Seminary in Lublin, and studied philosophy at the John Paul II Catholic University of Lublin. In 1992, he immigrated with his family to the United States of America where he continued his theological studies at the Catholic University of America while residing at St. Josaphat’s Ukrainian Catholic Seminary in Washington, DC.
In 1996, he earned a Bachelor’s degree in Sacred Theology.

Bishop has a connection to the Eparchy of Parma, inasmuch as his paternal grandfather, John Danylo was born in Pittsburgh, PA in 1909 and left America for Eastern Europe before outset of World War I.

“Those who wait for the Lord shall renew their strength, they shall mount up with wings like eagles, they shall run and not be weary, they shall walk and not faint.”
(Is. 40, 31) 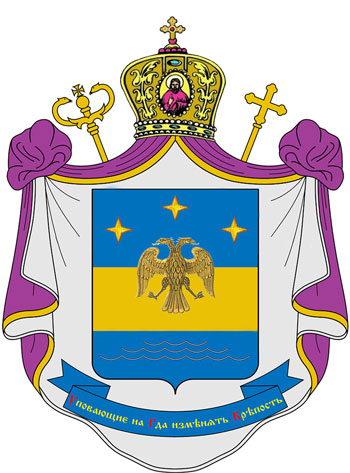 On October 1, 1996, Bishop Danylo was ordained a priest for the Ukrainian Catholic Eparchy of Stamford by Bishop Basil H. Losten at St. Basil Seminary chapel in Stamford, CT. For a year following his ordination he served as an assistant pastor at St. Michael’s Ukrainian Catholic Church in Hartford, CT. In 1997 he was assigned as the Dean of Men and Procurator of St. Basil College Seminary. In 2001, he was appointed the Vice Rector of St. Basil College Seminary and served in this position until 2004.

In 2004/05, Bishop resided at the Casa Santa Maria in Rome, where he earned a Licentiate in Sacred Theology at the Pontifical University of St. Thomas Aquinas.
Upon returning to the Eparchy of Stamford in September 2005, he was appointed Rector/President of St. Basil Ukrainian Catholic Seminary in Stamford, CT.

In his eparchial assignments Bishop-elect Danylo served as Vocations Director and Youth Director for the Ukrainian Catholic Eparchy of Stamford, as secretary of the Presbyteral Council, as board member of the Eparchial Priests’ Benevolence Plan, and as executive secretary of the Pastoral Council.

On August 7, 2014, Pope Francis appointed him the Eparch of the Ukrainian Catholic

Visit One of Our Parishes