The Review Board of the Ukrainian Catholic Eparchy of St. Josaphat in Parma on the implementation of the USCCB Charter for the Protection of Children and Young People held its consecutive meeting on Monday, June 17, 2019 at the parish hall of Sts. Peter & Paul Ukrainian Catholic Church in Ambridge, PA. 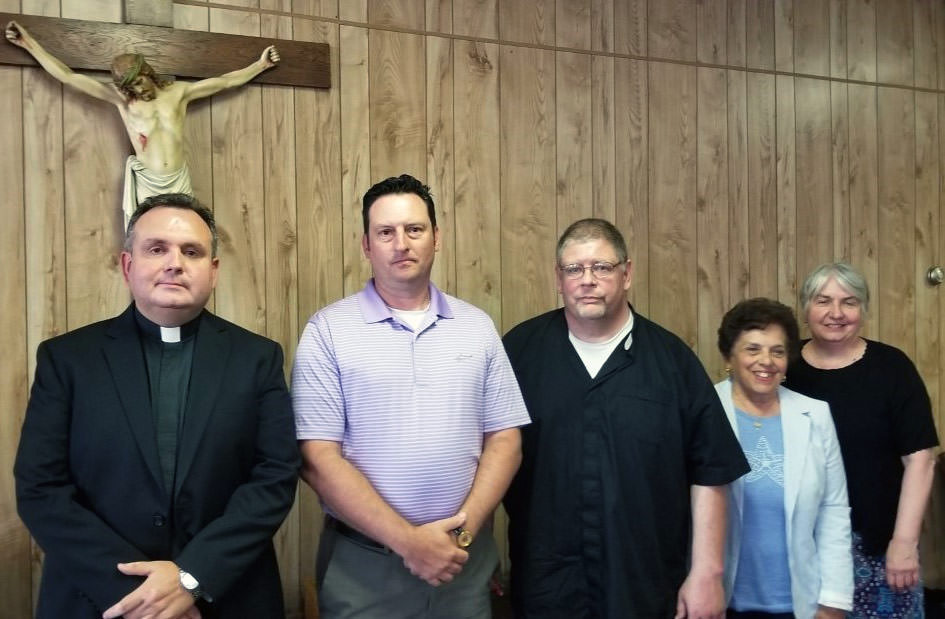 The meeting began with a prayer, led by Fr. Michael Polosky, after which the board members considered the most pressing issues vis-à-vis safe environment in the eparchy. During the course of the meeting, Fr. Lubomyr informed the board members, having presented to everyone a copy of an official letter, that the eparchy has been found compliant last year with the data collection requirements for the 2017/2018 Charter audit period as per Stonebridge Business Partners, who forwarded the documents to the Secretariat of Youth and Child Protection of the United States Conference of Catholic Bishops (USCCB) in Washington DC. The board members also reviewed a recent USCCB publication “Promise to Protect, Pledge to Heal” that comprises the revised in June 2018 Charter for the Protection of Children and Young People, Essential Norms for Diocesan/Eparchial Policies Dealing with Allegations of Sexual Abuse of Minors by Priests or Deacons, and A Statement of Episcopal Commitment. During the meeting, the board likewise went over the new document by Pope Francis, namely his Apostolic Letter in the form of “Motu proprio” titled “Vos estis lux mundi,” promulgated on May 9, 2019, that sets new universal norms in combating sexual abuse in the Church; the regulations went into force on June 1, 2019 for the three-year period ad experimentum.

Closer to the end of the meeting, Fr. Lubomyr informed everyone about an onsite audit of compliance with the Charter for the Protection of Children and Young People that will be conducted by Stonebridge Business Partners on October 3, 2019 in the eparchial Chancery in Parma, OH (the last onsite audit in the eparchy was done in November 2016). Another topic of discussion during the meeting was a need of expansion of the Review Board membership and a recommendation was made vis-à-vis a parishioner of one of the eparchy’s parishes pending Bishop Bohdan Danylo’s approval. The meeting was adjourned with a prayer.

Press Office of the Eparchy of St. Josaphat in Parma